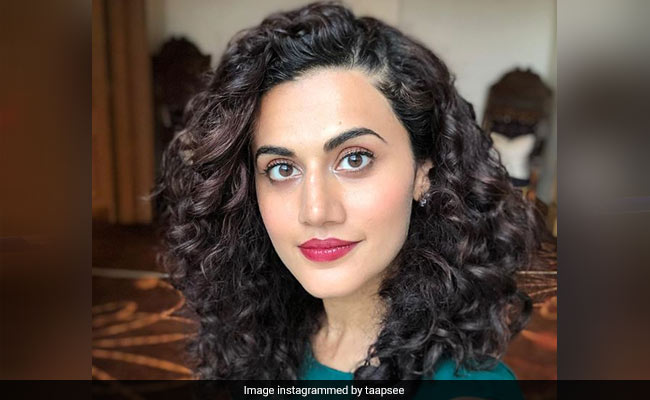 Taapsee Pannu has been actively sharing throwback pictures from her film sets. On Friday, she posted a picture of herself from the sets of her 2019 thriller film Badla, in which she co-starred with Amitabh Bachchan and Amritra Singh. Taapsee shared a lengthy note for Amrita Singh on her Instagram profile. Amrita Singh, who is a social media recluse, sent the actress a thank you note with a little help from her daughter Sara Ali Khan. On her Instagram story, Sara posted a screenshot of Taapsee’s post and she wrote: “Thank you so much Taapsee. Amma sends you a big hug.” 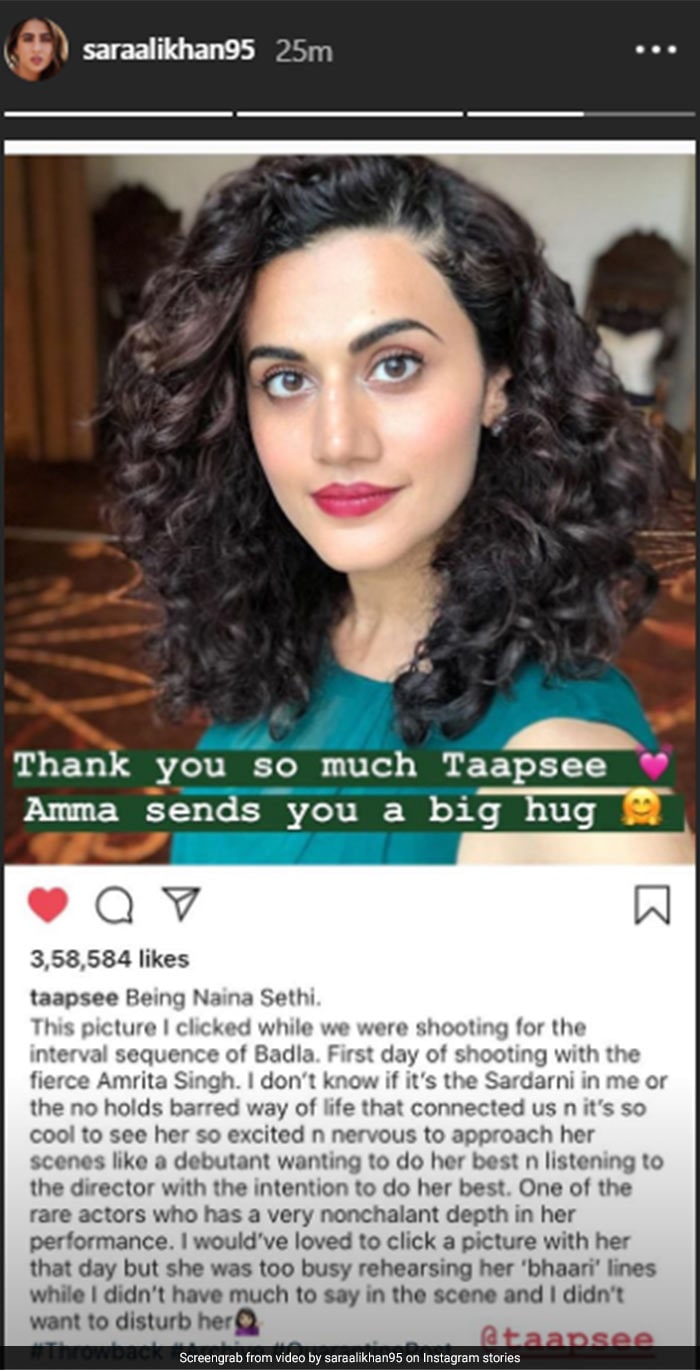 Taapsee Pannu, in her extensive note for Amrita Singh, wrote: “This picture I clicked while we were shooting for the interval sequence of Badla. First day of shooting with the fierce Amrita Singh. I don’t know if it’s the Sardarni in me or the no holds barred way of life that connected us and it’s so cool to see her so excited and nervous to approach her scenes like a debutant wanting to do her best and listening to the director with the intention to do her best. One of the rare actors who has a very nonchalant depth in her performance. I would’ve loved to click a picture with her that day but she was too busy rehearsing her bhaari lines while I didn’t have much to say in the scene and I didn’t want to disturb her.”

Badla, a crime-thriller directed by Sujoy Ghosh and produced by Shah Rukh Khan’s Red Chillies Entertainment, received largely positive reviews. Film critic Saibal Chatterjee, in his review for NDTV, gave the film 3 stars out of five and wrote: “Badla is a crime thriller that lifts itself out of the limitations of the form by spotlighting questions of guilt and retribution without diluting its edgy quality.”