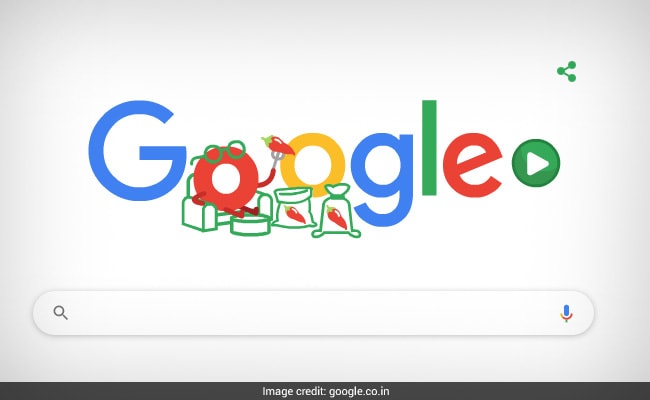 As people around the world continue to deal with lock downs to slow the spread of the coronavirus, Google has started bringing back some of its old doodle games that you can play on the browser. Today’s Google Doodle features a 2016 Doodle game celebrating American chemist and award-winning researcher Wilbur Scoville who devised the standard measurement of a pepper’s spiciness.

The interactive Google Doodle game lets you tackle the heat of the peppers by throwing balls of ice cream at anthropomorphic peppers. The Google Doodle, designed and illustrated by artist Olivia Huynh, treats the ice cream game as a metaphor for cooling off the heat of a pepper’s pungency.

Google relaunched the series of these doodle games on April 27, with a playable doodle making a comeback every other day, in a bid to keep people entertained during the lockdown to tackle the COVID-19 disease.

When a user’s mouse hovers over the doodle on the Google homepage, a message appears that says “Stay and Play at Home with Popular Past Google Doodles.”

“As COVID-19 continues to impact communities around the world, people and families everywhere are spending more time at home. In light of this, we’re launching a throwback Doodle series looking back at some of our popular interactive Google Doodle games!” Google says on its website.

Recently, the tech giant also paid a tribute to Clara Rockmore who was a classical violin prodigy and a virtuoso performer of the theremin, an electronic musical instrument.

This is How McDonald's In Netherlands Is Keeping Its Customers Safe

Donald Trump Says Up To 1,00,000 Americans May Die From Coronavirus