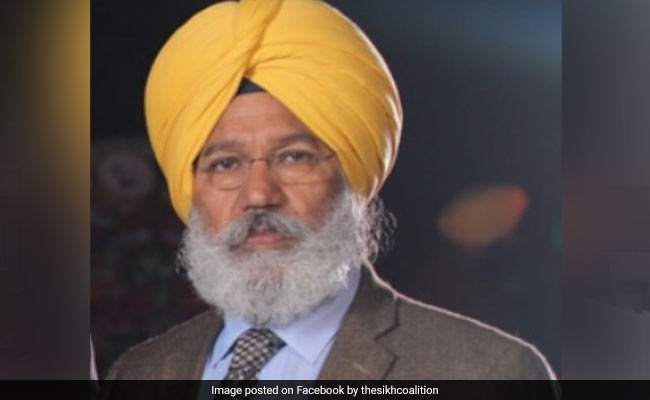 Lakhwant Singh was brutally attacked in April and told to “go back to your country”. (File photo)

Authorities in Colorado state of the US will add a hate crime charge against an individual who had brutally attacked a Sikh-American store owner in April and told him to “go back to your country”.

Sikh civil-rights organisation Sikh Coalition said it has been informed that the Jefferson County District Attorney’s Office has decided to add a hate crime charge against Eric Breemen, who will now be charged with multiple counts — now including a bias-motivated crime — in the violent April 29 assault on Lakhwant Singh.

Mr Singh said he is very grateful to “everyone — Sikhs and non-Sikhs alike” who stood with him and his family in this incredibly difficult time and appreciates the Jefferson County authorities for hearing his story and, “through these charges, recognising the role that hate played in my horrible attack”.

Lakhwant Singh was brutally attacked at the store he owns with his wife in April when Breemen entered the shop and began harassing the couple, the Sikh Coalition had said.

Breemen damaged numerous items and repeatedly told the couple to “go back to your country”.

When Breemen left the store, Singh followed him outside to take a photo of his license plate so that he could report the abuse but he struck Singh with his vehicle, throwing him several feet across the parking lot, causing multiple injuries.

Following his arrest, Breemen had told police that he had attacked an “Arab” man.

The Sikh Coalition had called for authorities to bring formal hate crime charges against the assailant. The organisation said more than 2,600 people sent emails to Jefferson County District Attorney Peter Weir urging him to pursue a hate crime charge. In addition, 29 organisations joined a sign-on letter earlier this month urging for the same, and many others signed and delivered additional petitions from across the world.

“The decision to add a bias-motivated charge against Breemen is a resounding victory not just for Singh, but for minority communities who are threatened by bias and bigotry every day,” Sikh Coalition Legal Director Amrith Kaur said.

“Adding these charges sends a clear message: Hatred is not welcome in Jefferson County, and those who are targeted for being different know that this community will acknowledge it and stand with them in solidarity,” she said.

The Sikh Coalition has said that Sikh Americans remain hundreds of times more likely to experience bigotry, bias and backlash than their fellow Americans.