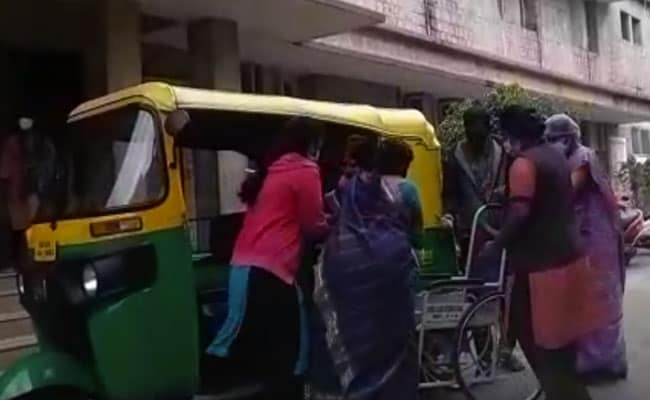 Tragedy struck outside Bengaluru’s KC General Hospital on Monday after a baby died inside the auto-rickshaw rushing mother and child from hospital to hospital in search of medical care.

Without medical assistance the infant, born inside that auto-rickshaw, died outside the hospital, after the then-pregnant mother was turned away from at least three other state-run facilities.

The Srirampura Government Hospital, Victoria Hospital and Vanivilas Hospital all said they had no beds to accommodate a pregnant woman on the verge of giving birth.

The hunt for a hospital bed, in a metro city that is already struggling to deal with the impact of the coronavirus outbreak, began at 3 AM.

Six hours later the mother was still without a hospital bed and medical aid, leaving her helpless and forced to deliver inside an auto-rickshaw, the driver of which then took her to KC General.

Even more tragically, this is the second infant to die in Bengaluru over the past 10 days after alleged lack of medical care.

On Saturday a grieving father protested in front of Chief Minister BS Yediyurappa’s residence after his month-old daughter died.

Venkatesh said his daughter fell ill on July 11 and was rushed to a hospital that turned her away. He claimed to have approached about a dozen others, all of whom refused to treat her.

Hospital beds in Bengaluru are rapidly becoming a scarce commodity following a surge in covid-19 cases.

On Monday Karnataka reported 3,648 new infections, of which 1,452 were from Bengaluru (Urban), where the total number of cases has crossed 33,000. There have also been reports that hospitals, struggling to deal with the numbers, are also turning away COVID-19 patients.

On Saturday the Chief Minister ordered private hospitals in the city to reserve 50 per cent of their beds for COVID-19 patients. The remaining 50 per cent will cater to non-coronavirus patients.

However, with the rapidly increasing caseload, demand for hospital beds for those infected by COVID-19, as well as the need to isolate such patients, is likely to put more pressure the city’s medical infrastructure.

With input from PTI