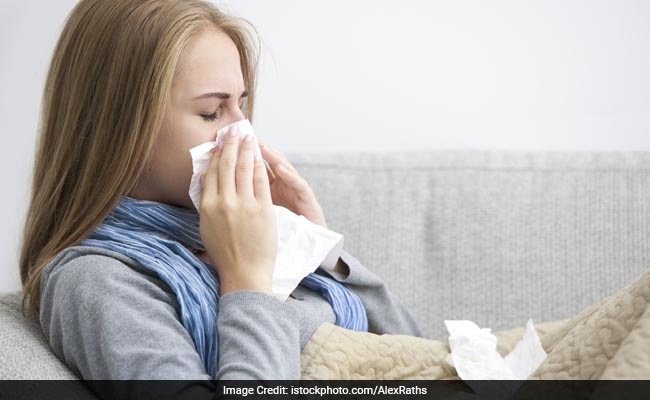 Recent research suggests that many people have already had it without knowing.

The week before Thanksgiving, Barbara O’Donnell came down with a wretched cough.

“It was just really bad, and it was constant,” says O’Donnell, 62. “I would turn purple,” gasping for breath. She could barely walk up the hills near her home outside of Philadelphia. Though she is a smoker, she was healthy and strong – “I don’t get the flu, ever” – and had never experienced anything like this before.

It “felt like my lungs were so full that I wasn’t going to make it,” she says.

Two weeks of resting at home, and the illness vanished as quickly as it came. Two months later, California reported the country’s first case of covid-19 that wasn’t acquired via travel or direct contact with someone who had been abroad. Three weeks after that, Philadelphia closed nonessential businesses and issued a stay-at-home order. O’Donnell’s job, as a privately employed aide for an elderly patient in a nursing home, was put on hold – the nursing home permitted only its own staff on the premises.

Sitting in her apartment, the thought occurred to her: “What if it was here way before they think it was?” she wondered. Was that cough covid?

The virus was here before anyone thought it was, we now know. Health officials in Santa Clara County, south of San Francisco, recently determined that at least two people who died in early and mid-February tested positive for the virus. But that doesn’t answer the question that has been spreading, afflicting anyone who recently – or even kind of recently – experienced any covid symptoms:

“I’ve been getting emails from hundreds, maybe thousands of people telling me, ‘I’m sure I had it,’ ” Eran Bendavid, an associate professor of medicine specializing in infectious disease who is studying covid-19 at Stanford University.

“I am 99 percent sure I had it,” says Janet Truchard, 58, who woke up in her Las Vegas home on Jan. 15 “sick as a dog” with a fever, dry cough, migraine and chest pain. She visited several doctors who prescribed various courses of antibiotics, diagnosing her with sinusitis and then allergies. The cough persisted all the way through March 25, but a chest X-ray came back clear.

Thinkihadititis is a condition afflicting people who experienced covid-like illnesses that befell them long before coronavirus was a thing. It happens when bits of news and scientific findings lodge in the parts of the brain that incubate hope – Oh hey, maybe I already beat it! – and anxiety – Oh God, maybe I gave it to a bunch of people.

Like covid-19, Thinkihadititis has infected some high-profile patients. “Sopranos” star Michael Imperioli told Page Six he was “certain” he caught the virus in early February. A star of the reality series “Love Island” thinks she “had the ‘rona” while the show was filming in South Africa in January. And Patti Stanger, star of the Bravo show “Millionaire Matchmaker,” was stricken with shallow breathing, a fever, fatigue and nausea after a January vacation in Miami, despite flying with a face mask at the advice of her nail technician. She had to skip the Grammys and had a panic attack when her fever spiked to 102.

“I didn’t get up for three weeks,” she says. “I didn’t eat a thing. I lived on bone broth and crackers.”

Later on, when news broke that the coronavirus had arrived in America earlier than we ever knew, “I thought, I could be one of those people,” she says.

And recent research suggests that many people have already had it without knowing. Epidemiologists have said that the number of infections greatly exceeds the official count of cases, potentially by a factor of 10 or more, since people can be asymptomatic carriers of the illness, and because not every victim has been tested.

The World Health Organization has cautioned against the assumption that those who have already had the illness can’t get it again. Researchers are still learning about the protective benefits that the disease’s antibodies might bestow on survivors.

But after two long months of bad news about the painful effects and unpredictable deadliness of covid-19 – the sudden crashes, the mysterious strokes, the wide-ranging attacks on the body – who could be blamed for wondering, optimistically, about whether they’ve already joined the ranks of the Recovered?

JoAnna Fischer is sure she had covid-19. She lost her sense of smell, and for three months, she had a cough and chest pain so bad she needed supplemental oxygen. Her husband came down with a respiratory illness, and so did her cat.

One problem: Fischer fell ill all the way back in September, when she was living in northeast Pennsylvania. That’s far earlier than epidemiologists believe the disease could have come to the United States.

“There is 0.0% probability that #SARSCoV2 was circulating with community transmission in the US in or before Nov 2019,” tweeted Trevor Bedford, a computational biologist at Fred Hutchinson Cancer Research Center who has been tracking the virus’ genetic code and spread.

Fischer isn’t willing to give up her theory. “When you’re thinking about how this thing spread so fast,” the 63-year-old says, “it couldn’t have just gotten here in December.”

Bendavid, the Stanford professor, said one person who wrote to him believed they caught the virus in 2018. “That, I think, is stretching it,” says Bendavid.

Thinkihadititis usually involves stretching the imagination to some degree. After all, covid-19 shares some symptoms with the seasonal flu and common allergies. Currently fewer than 20 percent of covid-19 tests are coming back positive, according to data reported to the Centers of Disease Control and Prevention, suggesting that the great majority of people who thought they had it – even in the middle of the pandemic – didn’t actually have it.

To the extent that having already beat covid-19 is preferable to wondering if you’re one of the people it’s going to put in the hospital, Thinkihadititis may be a form of positive thinking. Humans are hardwired to anticipate positive outcomes, says Tali Sharot, a professor of cognitive neuroscience at the University College London who studies optimism and expectations.

“When there is something we want to believe, we are very good at interpreting the evidence in a way that would support that belief,” says Sharot.

The reverse is also true. “Say there was a doctor saying that if you had it before, then the likelihood that you would get it again is higher, and it would be even more dangerous,” says the professor. If that were the case, people “would probably look back to their illnesses and interpret certain symptoms as definitely not covid-19.”

Whether it’s a comfort or a source of anxiety, Thinkihadititis represents a state of limbo.

The good news? There’s a cure.

“The only way to know is to get an antibody test,” says Rachael Ayscue. “And I don’t know anywhere around here that’ll give one.”

Ayscue, 47, lives in the suburbs of Raleigh, North Carolina. On Jan. 6, she felt sick, and before long she was coughing so much that it sometimes hurt to breathe. Then her daughter got sick, too. Raleigh didn’t see its first confirmed covid case until March 3, but Ayscue wondered whether the tech workers of the Research Triangle had traveled to Asia over the holidays, and brought the virus back. (Epidemiologists believe the earliest American cases originated in Europe, not Asia.)

Antibody tests may provide relief from the fever of doubt. Also known as serology tests, they determine whether a patient’s blood contains antibodies, which are proteins that help us fight off infection. The presence of antibodies means the patient’s immune system has already been exposed to the virus.

Those tests are now becoming available nationwide, although experts warn that their accuracy can vary.

Since it began offering appointments for antibody tests, the telemedicine provider PlushCare saw “a pretty overwhelming response (from) people who are interested,” especially in harder-hit areas like New York, says James Wantuck, the platform’s chief medical officer and co-founder.

PlushCare’s doctors remind patients that immunity is not a given and that they must continue social distancing and other protective measures. And if the tests come back negative, some patients – confident in their self-diagnosis and wary of possible testing inaccuracies – might not believe them.

“Some of the patients are certainly disappointed,” says Wantuck. “I think everyone wants to have this in their rearview mirror or feel some sense of relief.”

Fischer, the woman who got sick last September, says she couldn’t be convinced so easily. “If I get tested,” she says, “and I don’t have the antibodies, I think I would ask for a different test.”

Ayscue says she plans to get an antibody test if she can, but she doesn’t need one to feel comfortable returning to life as usual. She does not hesitate to go to the grocery store, sometimes without a mask. She says she supports the protesters who have demonstrated against strict lockdown rules in North Carolina.

“I’ve chosen not to be afraid,” she says.

Shehnaaz Gill is all set to collaborate with Jassie Gill for a new song! : Bollywood News